Here are the reasons why Haridwar is the best place for Asthi Visarjan or Ashes immersion in India.

So, Holy Voyages the leading religious tour agency in India offers Asthi Visarjan Packages for Haridwar in India. We offer cost effective packages which are affordable for common man. This way we assist you to relieve you from fulfilling your obligation towards your ancestors and departed family members. 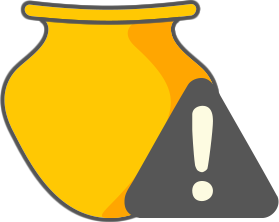 In the Hinduism religious tradition for the dearly departed loved ones, the sacred writings such as the Vedas prescribe a final stage to achieve the complete repose of the Hindu mortal soul. The Hindu holy scriptures state that the soul’s journey does not become complete without the final resting homage. The religious obligation of Asthi Visarjan is performed in a prescribed manner and as soon as possible. Family and ancestors are very important to Hindu families, as much as religious obligations are. Asthi Visarjan for Non-Resident Indians (NRIs) remains important to the surviving members of the family, no matter where in the world they are located, and faced with the constraints of distance to any of the holy bodies of water in India where Asthi Visarjan is prescribed to be performed. We offer a way for Hindu families outside of India to fulfill the religious commitment of Asthi Visarjan.

It is required of the followers of the Hindu religion for the family to perform the Hindu sacred ceremony for the deceased. Asthi Visarjan is one of the most important of the obligatory religious ceremonies in the Hindu religion. All Hindu sacred texts prescribe that the person’s soul ends any connection with the physical and material human body after its demise. When the soul cuts off its ties, it begins its journey in evolution. The soul’s destination largely depends on its collective karma earned from all previous rebirths and reincarnations. When the process of evolution is completed, the soul finally merges and unites with God. To help the soul in this journey with less pain and suffering, as well as make it easier for it to reach its next destination, some last rituals for the Hindu dearly departed have to be performed. The person’s body has to be cremated and the bones and ashen remains have to be immersed in the flowing waters of any of the holy rivers, lakes, and ponds in India as prescribed by Hindu sacred texts and tradition. This process of immersion is called the Hindu ritual of Asthi Visarjan.

Some Hindu families living outside of India can actually proceed to India and have the ashes of their dearly departed immersed in any of its holy waters, as well as have the other attendant ceremonies performed on site. However, not all Hindu worshippers are within easy, immediate, and timely access to their country. For non-resident Indians (NRIs) living outside India, families can still accomplish this obligatory Hindi ritual for the deceased and rest their minds that they have done their duty for the departed soul of their loved ones. Families can have the ashen remains of their loved ones sent to India where holy Hindu priests can perform the ritual of Asthi Visarjan right in the Ghats or sacred locations on the banks of the holy bodies of water in India as designated in Hindu scriptures and tradition.