Asthi Visarjan Ceremony With You Or Without You

Fulfilling the Sacred Tradition Nomatter Where You Are ...

We help Indian abroad or in India who cannot travel to Indian religious sites perform the religious obligations for their dearly departed.  We help you perform asthi visarjan ceremony in haridwar, varanasi, gaya & prayagraj.

Get Video After Ritual

The Hindu soul of the departed loved ones need peace in the afterlife. The soul needs the living family to ease the great pain of the journey towards salvation. This is why Hindu rituals for the deceased are an obligation for the family to perform.

While death is inevitable for humans, Hindus regard it only as a juncture in a soul’s journey. Death in Hinduism means only the demise of the physical human body. It is a passage into a spirit’s evolved state. Thus, it is believed that the natural phenomenon of death comes with rituals. In Vedic literature, the dead person’s body should not be buried; but rather, it should be cremated. The cremated remains pass through the set of rituals established by the ancient Vedic Puranas and Granthas. These last rituals for the dearly departed are important because not only do they show the family has respect for ancient religious traditions, but also they care eternally for their loved one’s soul.

On one hand, these Hindu afterlife rituals help complete the mourning process for the family members left behind. On the other, these rituals help in the soul’s journey into the other parts of the evolution process. These rituals are believed to finally free the spirit from all worldly bondage. Hinduism is based on literature that is regarded as Holy Scripture. According to the Scripture, it is important to perform the rituals up to the 13th day after the cremation and Shraadh poojas are performed. The last rights are completed when the ashen remains of a deceased Hindu are immersed in the sacred Ganges River. This is the ancient Hindu religious ritual of Asthi Visarjan. Perform asthi visarjan ceremony at haridwar. Know our affordable asthi visarjan package now. Easy asthi visarjan by post. Still confused ! Know Varanasi asthi visarjan package or the cost of asthi visarjan in Haridwar from experts. Perform ash ceremony in haridwar with us. 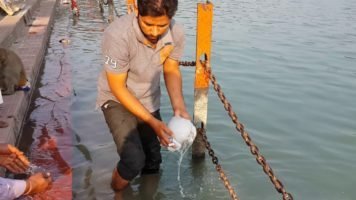 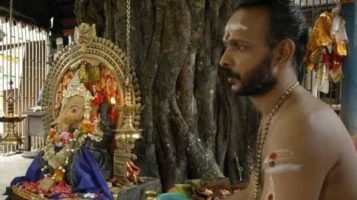 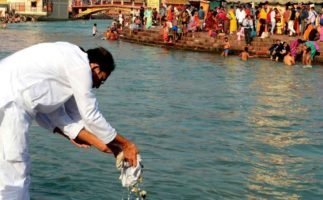 You can use a Professional Courier Service, DHL to send it, Indian Speed Post.  Asthi visarjan by post.

Cost of Asthi Visarjan in haridwar

Need To Know More - Talk To Our Experts Today

Decades of Experience Makes Us The Best Option For You